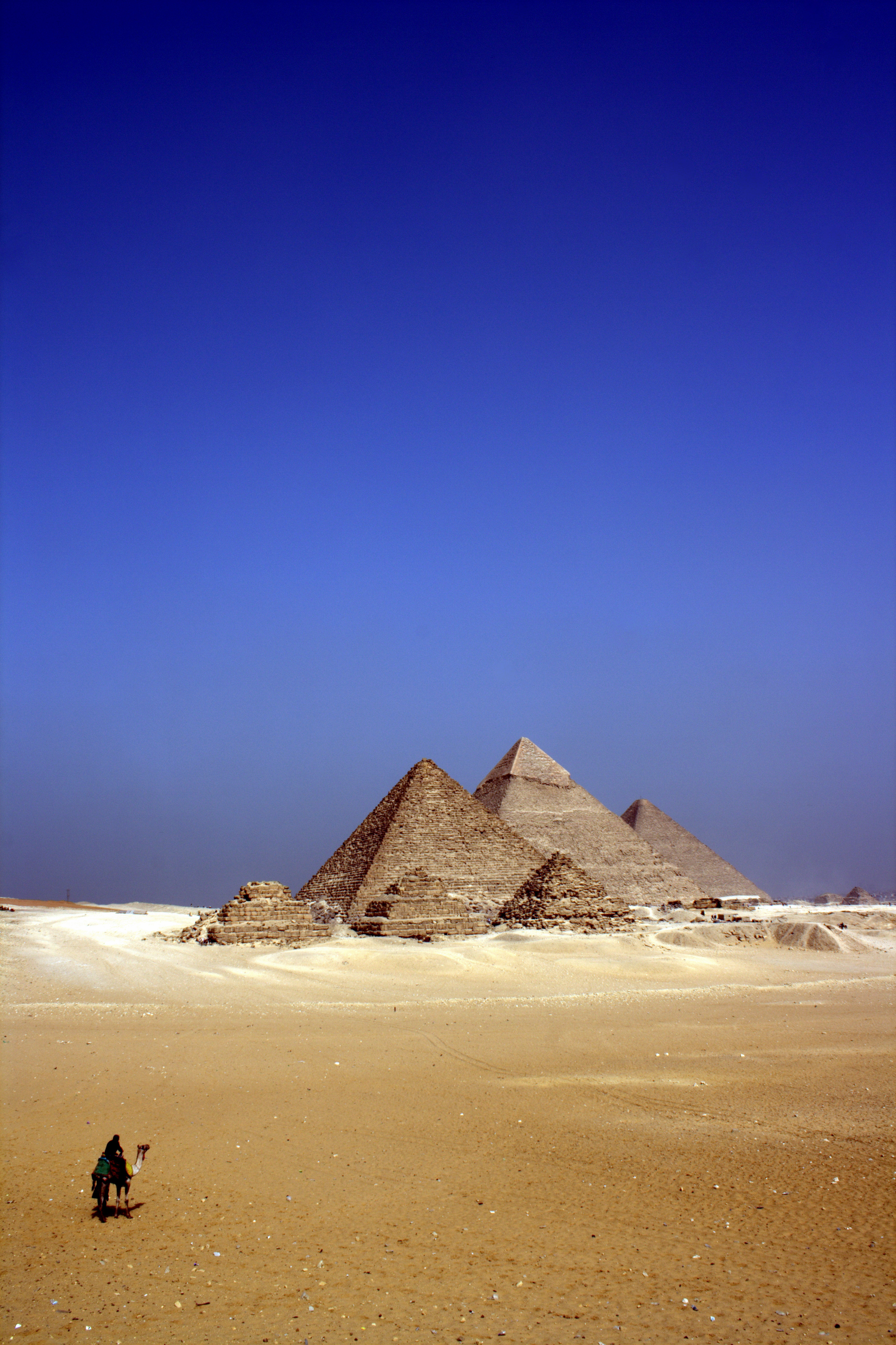 The process of creating an Individualized Education Plan (IEP) is important.

Its development included enormous amounts of input from educators, administrators, parents, and academic professionals.  Its drafters easily had hundreds of thousands of hours of combined experiences between them.

Most parents do not understand that the process is not arbitrary and that if they understand its powerful secrets they can get more for their child.  The key is for parents to fully participate in the process and insist that a comprehensive discussion occur at every step.

The easiest way to understand an IEP is to think about it like a pyramid.  The nature of a pyramid is that it can only stand if it has a corresponding base to support it.

If you think about it this makes total sense.  If any portion of a structure was without a base then it would not stand without additional supports.  This is because unlike other structures pyramids can be built without rebar or mortar to hold its bricks together.  Pyramids are one of the greatest engineering achievements ever devised.

In this post, I will be discussing the base of the IEP pyramid depicted below; a proper diagnosis- the qualifying disability or disability which require it to be built.  I will discuss the other portions in other writings.
The Individuals with Disabilities Education Act (IDEA) requires that a child who has a disability receive special services specifically tailored to their unique situation.  Therefore, no two special education plans should ever be alike, everyone is different and disabilities effectuate themselves differently in every person.

Some individuals, primarily the schools, do not understand the importance of including multiple disabilities in an IEP if more than one is present.  The misguided reasoning is, so long as the child qualifies for Special Education nothing else matters.  They are simply viewing this requirement as a formality.  They believe that once they are in the program the IEP can address all the child’s needs regardless of the qualifying event.

The danger to this philosophy is they will lose the benefits the IEP creators carefully built into the process. The IDEA Act specifically requires a school conduct evaluations which document the nature and extent of all qualifying disabilities.

If a second disability is not properly analyzed the impact it has upon the child will not be fully understood.  This will leave cracks in the IEP and will have adverse effects upon the entire structure of the document.  Since this is the base of the pyramid this means that the entire document will suffer.


One of the easiest ways to spot an improper IEP is that later portions begin discussing topics that were not addressed in the prior portions.  For example, a child has an IEP for Deaf and Hard of Hearing but the goals address his undiagnosed ADD.  Since ADD is a qualifying disability under the IDEA (Other Health Impairment) it is required to be included in the document. The failure to include it renders the plan not only legally deficient but also makes it lose effectiveness.

I have a family member who has an IEP that does this exact thing.  He was diagnosed with a hearing problem at the age of three.  His mother noticed significant delays in his ability to listen to instructions and follow along with discussions.  Hearing aids had a dramatic effect upon his life his life going forward- but to address the delays which were caused by his prior inability to hear, he required additional assistance.  His IEP was for Deaf and Hard of Hearing and it focused on developing his speech and following oral instructions.

After the IEP was in place he started to have some new behavior problems at school.  Out of frustration his mother asked me to attend his next IEP meeting with her.

At the meeting, I noticed that nearly every issue being discussed concerned his social skills and behavior.  I asked how these behaviors were related to his hearing problems?  The team did not think they were.  Instead I was told that they probably were related to his undiagnosed ADD.

Prior to this meeting his mother had received an ADD diagnosis from his pediatrician; but the school had not done any testing or evaluations.  The IDEA does not recognize testing or diagnosis that were made by entities other than the school.  Qualifying for an IEP is completely independent from the act of receiving a clinical definition.  As a result, the discussion was aloof and addressed behaviors that were not clearly understood.

The missing evaluations were important not because disqualified him for services, but because the results would have offered a clear understanding of how this disability was impacting his education.  As a side note most people who have once disability have another as well. Not having the evaluations meant his present levels of performance and the underlying cause(s) for his behaviors were not fully understood.

This child was specifically expressing a difficulty acting appropriately within social situations.  He had a hard time with paying attention to his teachers and attending to what he was supposed to be doing in class.  Instead of paying attention he was interacting with his peers.  He developed negative a reputation for being a disruptor and a class clown.

This reputation had attracted the attention of children who were not the best examples for him to look to.  Following the rules simply was not the cool thing for him to do.  This negative reputation was fully understood by the child and at one time he stated that he “liked being the bad guy”.

His mother was not impressed with his newly discovered identity.

Since no testing concerning this behavior had occurred the IEP team did not have the tools that were necessary to develop an individualized plan that was tailored to his specific situation.  The team was shooting in the dark, a trial and error approach.  Throwing spaghetti at a wall may be an effective way to discover if the noodles are fully cooked but it is not an effective way to write an IEP. It causes confusion and inconsistencies that are counterproductive.

Let’s think about this child’s maladaptive behaviors like tumor (sorry for the morbidity of this example but it offers a great analogy.  For a more positive explanation please refer to this posting)

Before an oncologist attempts to remove a tumor, they will do tests to fully understand its exact location, shape and size.  They do this because removing or treating non-cancerous portions of the body would be counterproductive but if they treat too little tissue remaining portion would allow the tumor to return.

It is important to note that in life there are no make-up moments.  Once they pass they are over; only subsequent opportunities exist.

When an IEP team does not fully understand the issues, they are addressing they are unlikely to take actions that precisely address the needs of the child.  They are acting like a negligent oncologist.

Without this information, both the school and the doctor are likely to either act in a manner that does not fully address the issue or will target areas that do not need to be addressed.  Whether less or more, the result is likely to be the same- the intervention will not be effective.

My family member was in fact suffering because his educational experience was being adversely affected by his behaviors.  If testing had been done it could have uncovered why this was occurring. Not having this information leaves the team in the dark.

For example, the testing could have discovered that it was an inability to sustain his attention that was causing him to act out.  Perhaps he was bored and was zoning out because he simply could not focus. If this were the case the team could make  goals aimed to increase his attention span and remain focused for increasing amounts of time.

On the other hand, the testing could have revealed that these behaviors were the result of a lack of social skills and a poor self-image.  Perhaps his difficulty in creating and maintaining friendships was just more important for him to resolve than doing what the teacher wanted him to do.  Maybe acting up and being the class clown was the only way he could attract the attention he desired of his peers.  If this were the case his actions were efficient because they effectively delivered the approval he sought.  If this were the case then the team could create an IEP that developed the skills which would allow him to relate to his peers appropriately outside of class.

Without this information, the team simply decided to implement a general behavior program that included rewards and consequences.  Unfortunately, against my advisement his mother agreed to accept the doctor's diagnosis and incorporate ADD into his IEP without learning from additional evaluations.

Was that the appropriate action?

Perhaps, but Probably not- only time can tell.

There is a reason why dart players do not compete while wearing blindfolds.  Luckily parents can avoid this folly by insisting that their child’s school fulfill their legal obligations by fully evaluating their child.  Without this information, the IEP team will be shooting in the dark. They can do better if they remove the blindfold, after all this isn’t a game of darts it’s the life of a child.

Hopefully reading this story has demonstrated to you the importance ensuring the base of your child’s IEP is fully developed.  You now understand that this can be accomplished by insisting all your child’s disabilities are analyzed and understood prior to holding an IEP meeting. You know that with this information the IEP team will then be able to use their professional tools to build a plan that stands as firm as the Pyramids of Giza.
By Mark at July 16, 2017

Mark
Mark Adamson is an attorney who works in the Salt Lake Area. He is currently the only parent attorney in the state of Utah who specializes in Special Education Law. Additionally, he is an IEP consultant who is available to work with parents no matter where they reside. He went to college at UCLA and then law school at the University of Laverne. Much of what he teaches was learned from his experience working with the prestigious Disability Rights Legal Center in Los Angeles. He is now working to bring the lessons he has learned to others on a grassroots level.

RSVP for a free workshop

Mark
Mark Adamson is an attorney who works in the Salt Lake Area. He is currently the only parent attorney in the state of Utah who specializes in Special Education Law. Additionally, he is an IEP consultant who is available to work with parents no matter where they reside. He went to college at UCLA and then law school at the University of Laverne. Much of what he teaches was learned from his experience working with the prestigious Disability Rights Legal Center in Los Angeles. He is now working to bring the lessons he has learned to others on a grassroots level.

I am now accepting new clients and have a variety of options to choose from. Please share with your friends and family members. Mar...